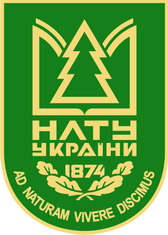 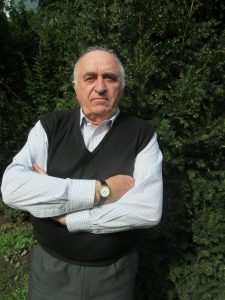 Head of the Department,
ScD., Professor

The Department of Descriptive Geometry and Geodesy was formed in the structure of the Lviv Forestry Institute in 1946, and in 1948 it was renamed to the Department of Descriptive Geometry and Machine Building Drawings, and later – to the Department of Engineering Graphics. In 1946-1975 the department was headed by Ph.D., Professor Oleksandr Korolevych, and from 1975 to 1988 - by Ph.D., Associate Professor Mykola Tkachenko. The Department of Engineering Graphics conducted a certain scientific and educational-methodical work aimed at initiating the cognitive activity of students in the educational and extra-curricular time. There were published one monograph, three scripts of lectures, 45 methodical developments, and defended two PhD theses.

In 1960 the Department of Materials Science was created at the Lviv Forestry Institute, which in 1964 was renamed to the Department of Materials Technology and Machine Building. From 1964 until 1986 it was headed by Sc.D., Professor, Laureate of the State Prize of Ukraine in Science and Technology Arseniy Yatsyuk, and in 1986-1988 Ph.D., Associate Professor Mykola Romanenchuk. During the period of activity of the department its staff conducted considerable educational, methodical and scientific work. One Sc.D. and nine PhD theses were defended at the department, 3 monographs, one script of lectures, 49 methodical developments and more than 100 scientific articles were published, 11 author's certificates were obtained. The department started and developed a new highly effective scientific direction - abrasive treatment of wood and wood materials with a hard abrasive tool, for the development and widespread introduction of which the department's staff Prof. A. Yatsyuk, Assoc. Prof. A. Yakubovsky and Ph.D. O. Gusti were awarded the 1984 State Prize in Science and Technology.

Since 1993, the Department of Materials Technology and Engineering Graphics has been headed by Sc.D., Professor, laureate of the State Prize in Science and Technology, Honored Worker of Science and Technology of Ukraine, Academician of the Forestry Academy of Sciences of Ukraine Volodymyr Holubets. 11 tutorials, five monographs, 10 scripts of lectures, 85 methodological developments, 40 copyright certificates and patents for inventions, four preprints, implementation of 8 state budget scientific research works; defense of 2 Sc.D. and 11 PhD theses are completed for the department. The department has a branch research laboratory of grinding of wood and other structural materials.

In 2014, as a result of the formation of educational and scientific institutes in the structure of the university, the name of the department was clarified and further named as the Department of Materials Technology and Machine Building, the main task of which is the further improvement of the educational process, proper methodological provision of educational activities, intensification of scientific and research work, and training of scientific personnel.